After a protracted legal battle, Boughton Loam has secured the trademark for Kaloam

When Boughton Loam announced, back in July 2012, that they had “an exclusive long term licence to manufacture and sell Kaloam”, they perhaps thought that would put an end to all the speculation about the popular cricket loam and the bad press it had received the previous year.

The name Kaloam derives from Kalionitic clay, and it was originally produced and marketed by Goundreys. Following the purchase of E A Goundrey Ltd by Monro Horticulture Ltd in 2000, Kaloam continued to be marketed by ‘Monro Sports’. Two years later, CH Binder Ltd were added to the Monro portfolio; Binders were, and still are, the producers and sellers of another popular cricket dressing, Ongar Loam.

In 2006, Monro’s added Roffey Limited to their portfolio and both Binder and Roffey were ‘re-selling’ the Kaloam product as distributors, but never manufactured the loam, which remained a Goundrey trademark.

Following the demise of the Monro Group in 2010, various loam suppliers continued to market ‘Kaloam’.

As part of the administration of Monro Horticulture Ltd, CH Binder Ltd was sold to Binder Loams Ltd in 2011. Certain trade names were included in that sale, most notably Ongar, but not Kaloam. 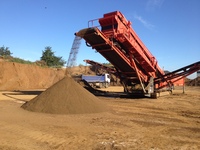 At around this time, the Kaloam product received some bad publicity when batches were delivered to cricket clubs variously described as containing ‘shingle’ and ‘rock’ which, subsequently, dented the confidence for ongoing purchases.

Following extensive negotiations with the Monro administrators, Boughton Loam, who were already producing and marketing their popular Kettering, Club and County loams, purchased, in 2012, an exclusive long term licence to manufacture and sell Kaloam cricket loam in the UK.

Speaking at the time, Simon Hedley, Boughton’s Managing Director, said; “Kaloam has, for many years, been an alternative for our own cricket loam product range. Knowing what a good product this was, we set about finding a way to broaden our range to include this product. Our strategy was to acquire the rights to use the Kaloam name and take the benefit of the goodwill which has long been associated with the name, rather than go down the route of trying to create a comparable product.”

Kaloam has been the preferred choice of many a cricket club and many a groundsman. Its familiar light brown colour distinguishes it from other cricket loams and its high clay content gives the wicket its feel and character.

Simon continued; “We are aware that, in recent times, a number of cricket loam suppliers have made use of the Kaloam name without the consent of the brand owner. We take our role as custodian of the brand very seriously and we intend to take ‘all steps necessary’ to protect our investment and to ensure that only genuine Kaloam cricket loam from Boughton Loam is available to the UK market.”

Following the agreement, Binder Loams withdrew its Kaloam branding, renaming it K-Pitch, whilst Roffey continued to market ‘Kaloam’. Roffey contested the matter through the courts but, with the backing and support of the Monro administrators, the case was won by Boughton. Roffey has now renamed their offering Kalionitic Loam. 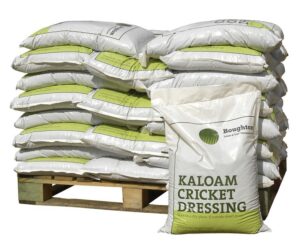 “We believe this is good news for the cricket maintenance and groundcare industry because Boughton Loam has the expertise and know how to produce and look after this brand and to provide the needed quality, consistency and continuity required by our customers and users. We believe we will be good custodians of this great brand name,” concluded Simon

Boughton has been producing Kaloam to a very high standard for two seasons from the original material from the now defunct Goundry premises at Enstone.

The court ruling means that only Boughton Loam can manufacture, distribute and sell loam in the UK under the Kaloam trademark.